The November 2002 elections brought much change to Washington, D.C. And NRCA found reason to celebrate election results because the midterm elections were successful for its political action committee, ROOFPAC, which raises and spends funds to support Congressional candidates. Nearly 90 percent of ROOFPAC's 78 candidates won and received 87 percent of ROOFPAC's total contribution of $161,000. 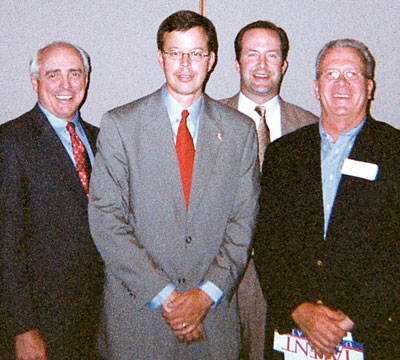 The new Congress will focus much of its attention on NRCA's priorities. For example, legislation to create a comprehensive national energy policy, which passed the House but stalled in the Senate in the 107th Congress, has a good chance to pass. This could mean a more stable oil supply and more generous tax treatment for energy-efficient roof systems.

With the number of Americans who lack health insurance increasing, Congress will consider association health plan legislation that would allow associations to offer quality insurance to members nationwide. This legislation passed the House several times and is backed by President Bush.

Reorganization of the U.S. Immigration and Naturalization Service in the Homeland Security Department clears the way for the administration and Congress to return to the issue of an expanded guest worker program for construction and other essential industries. Renewal of the 245i program, which permits illegal immigrants to apply for documentation without leaving the United States, also will be addressed by Congress.

The new Congress will be interesting to watch, and I will keep you updated about its decisions.