Roofing on the edge

Editor's note: The opinions in this article are those of the author and not NRCA.

In addition to acting as an effective termination and transition between a roof system and other building components, the edge system may serve as a roof system's first line of defense against wind and water infiltration (see Photo 1). 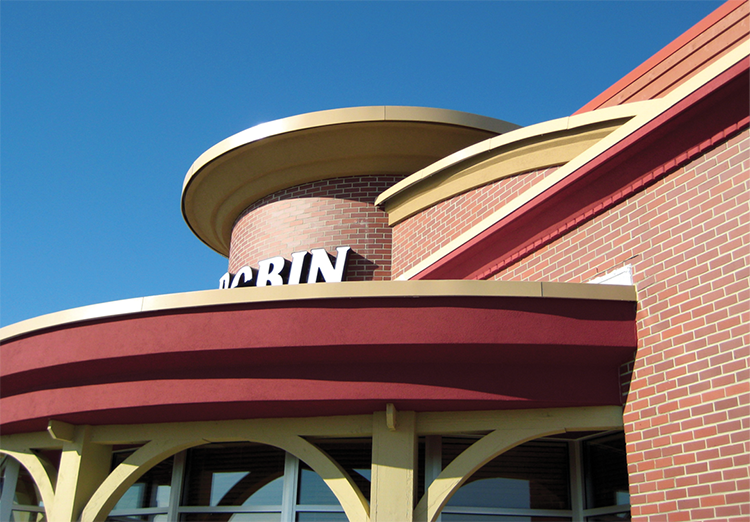 Photo 1: A roof's edge system serves as the first line of defense against wind and water infiltration.

There is an abundance of acronyms and concepts to decipher, so knowing what the terms mean and understanding how edge metal is tested will help you install roof edge metal systems that meet IBC regulations.

In 1994, SPRI first published "Wind Design Guide for Edge Systems Used with Low Slope Roofing Systems." Since then, the standard has been revised, redesignated and reapproved and officially was recognized as an American National Standards Institute (ANSI) standard in 1998. ANSI is a 100-year-old nonprofit organization based in Washington, D.C., that oversees the creation, promotion and use of thousands of norms and guidelines that affect businesses in every sector of the U.S. economy.

The ANSI/SPRI ES-1 standard outlines the basic requirements of wind-resistance design and testing for roof edge securement and perimeter edge systems and specifies three methods to test edge systems: RE-1, RE-2 and RE-3. This is important because after several major hurricanes in the early 2000s, studies and analyses of roof system damage conducted by the Roofing Industry Committee on Weather Issues (RICOWI) Inc. in conjunction with Factory Mutual (FM Global) and SPRI reported nearly 60 percent of damage to roof systems was caused by failure at the perimeter. The findings are clear: When a perimeter edge metal fails, a roof system may not be able to withstand the associated wind loads and progressively fails.

What the code says

IBC establishes minimum regulations for building design and construction and has been developed, maintained and published by ICC. Adoption of the code can vary from U.S. state to state, leaving some items to the authority having jurisdiction at state or local levels.

The specific language in IBC 2018 pertaining to edge requirements in Chapter 15 states: "1504.5 Edge securement for low-slope roofs. Low-slope built-up, modified bitumen and single-ply roof system metal edge securement, except gutters, shall be designed and installed for wind loads in accordance with Chapter 16 and tested for resistance in accordance with Test Methods RE-1, RE-2 and RE-3 of ANSI/SPRI ES-1, except basic design wind speed, V, shall be determined from Figures 1609.3(1) through 1609.3(8) as applicable."

To understand what this means, it's helpful to review each component individually.

Edge metal systems are evaluated using three tests listed in the standard. The RE-1 and RE-2 methods are used to test fascia products, and RE-3 is used to test coping with an exposed horizontal component greater than 4 inches.

This test is for fascia installed on mechanically attached and ballasted membrane roof systems. It evaluates a roof edge's ability to terminate the membrane. The test mimics a billowing membrane by pulling the membrane at a 25-degree angle to the roof. The load at which the membrane becomes free from the roof edge system is considered to be the RE-1 load rating for the edge system (see Figure 1). 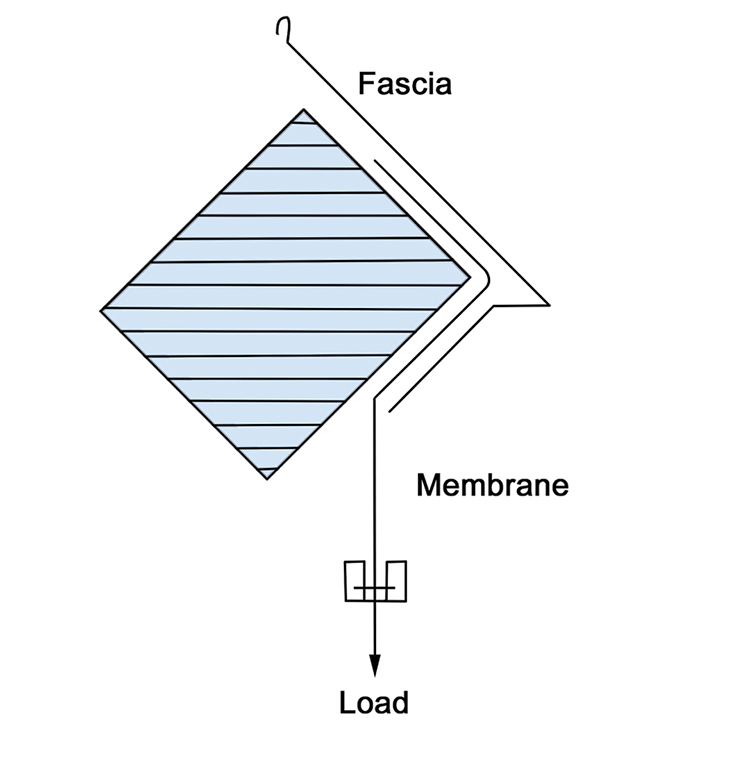 Figure 1: The RE-1 test evaluates a roof edge's ability to terminate the membrane.

This test evaluates the strength of fascia to ensure it meets or exceeds the calculated design wind pressure. The test applies to fascia systems with exposed horizontal components of 4 inches or less. The pressure is calculated by the following formula: Pressure = Outward Force @ Failure / (Face Height x Face Length).

A simulated wind load is applied to the vertical face of the fascia. Loss of securement of any roof edge system component is considered a failure (see Figure 2).

Figure 2: The RE-2 test evaluates the strength of fascia.

This test is for copings with exposed horizontal components that exceed 4 inches and evaluates the strength of the metal coping cap. It is conducted by applying a load to the coping cap, simulating wind load, and includes simultaneous vertical and horizontal "wind gust" loads. 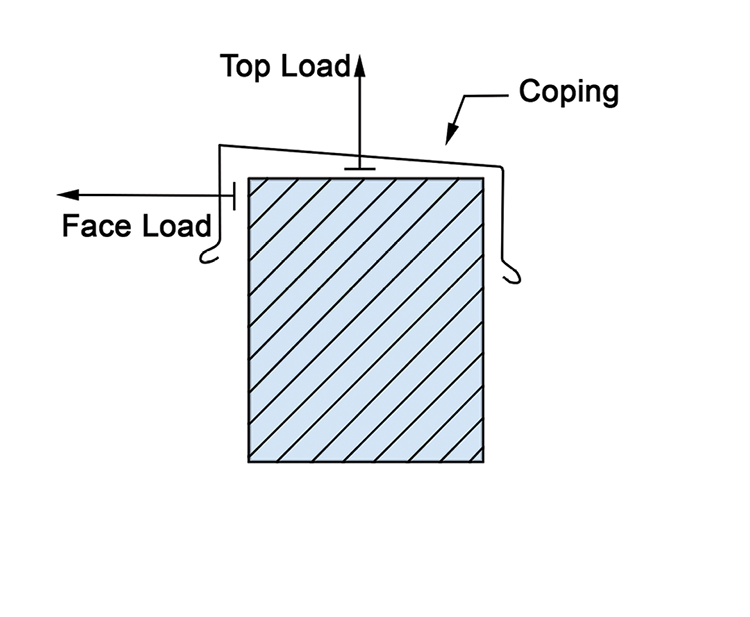 Figure 3: The RE-3 test evaluates the strength of metal coping. Product must be tested on the exposed face and top surface simultaneously.

For coping systems, the product must be tested on the exposed face and top surface simultaneously (see Figure 3 and Photo 2) as well as the back surface and top surface simultaneously (see Figure 4). The maximum design pressure is determined by the failure level of the lowest-performing side. The formula to determine the pressure is the same as the RE-2 test, and the results must meet or exceed the calculated wind pressure.

The code's text refers to basic design wind speeds. These are derived from the wind maps in ASCE 7, "Minimum Design Loads and Associated Criteria for Buildings and Other Structures," included in IBC 2018, Chapter 16, and used to determine required wind pressures. Design or wind pressures are based on the following four specific criteria:

There are many sources to help you determine wind design calculations, including most edge system manufacturers as well as most roof system designers, specifiers and consultants. When it comes to determining what your project needs, getting the designed wind load information is relatively simple. 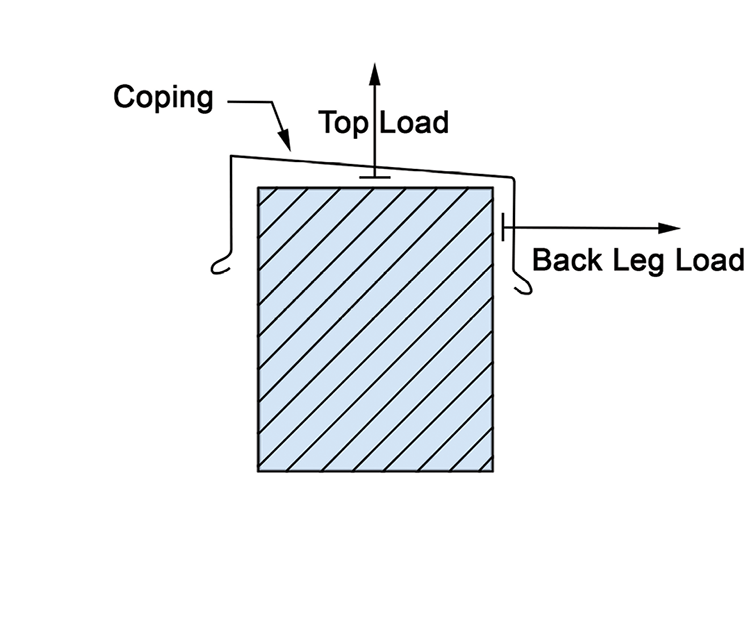 Figure 4: The RE-3 test includes evaluating the strength of coping on the back surface and top surface simultaneously.

Many contractors, sheet metal fabricators and edge metal manufacturers can provide materials that meet specific ES-1 ratings. However, there is no such thing as a blanket ES-1 certification for any edge metal supplier.

An ES-1-rated product appropriate for one project may not necessarily be properly rated for another project. ES-1-certified products must be made exactly as the product was tested, including material types and thicknesses, fasteners, fastener locations and installation method. Your supplier should be able to provide an ES-1 certificate of compliance for that project.

FM Global uses ES-1 test methods for its approval procedure, FM 4435. If a building is insured by FM Global or the project requires an FM-approved edge system, the list of potential edge metal suppliers is considerably shorter. Only those manufacturers that have their products tested by FM Approvals and undergo quarterly auditing can offer FM Approved materials. An edge profile—made with the same design and materials as an FM Approved design—is not an FM Approved product. FM Approvals' RoofNav,® www.roofnav.com, is a good tool for determining which companies offer FM Approvals-tested assemblies.

The primary difference between edge metal systems manufacturers and local sheet metal shops is in addition to having a full assortment of ES-1 products vs. a few profiles, manufacturers also offer many FM Approved edge systems. Having a broad product line enables manufacturers to offer edge systems for most roof designs.

Photo 2: Test apparatus showing a coping system undergoing the RE-3 test, where the top surface and front face of the coping system are pulled simultaneously.

Manufacturers supply edge systems that have been fully designed and tested to meet the ES-1 standard and include fasteners, pre-punched rails, and snap-on covers that do not require exposed fasteners. This helps ensure your project meets code and eliminates guesswork.

Nailers are frequently overlooked, yet they are a key part of every roofing project. The edge system—regardless of what type or who makes it—is reliant on the nailer or other substrate for effective performance. Therefore, the security of a roof edge only is as good as the quality of the existing nailer. Cracked, split, rotten, warped or deteriorated wood nailers are common in reroofing projects and should be replaced to properly and securely hold an edge system in place for the benefit of the entire roof system.

There are several engineered metal nailer replacement options currently available. Unlike wood, a major benefit of these systems is they will not rot or deteriorate.

Whether referred to as ANSI/SPRI, ES-1 or FM 4435, edge metal testing standards are part of the building code. IBC 2018 requires edge metal systems to be designed for wind loads according to ASCE 7 maps and tested according to RE-1, RE-2 or RE-3.

Edge system manufacturers offer the broadest selection of ES-1 and FM Approved systems, allowing you to remove the guesswork and install the product faster and more efficiently.

NRCA also maintains certification programs with UL and Intertek Testing Services N.A. based upon the ANSI/SPRI ES-1 testing conducted. These certification programs provide third-party verification of compliance with ANSI/SPRI ES-1 by a code-approved testing agency. Although thirty-party verification is not a specific requirement of the International Building Code® and may not be required by project specifications, it does provide credible, independent means of showing edge metal flashings fabricated comply with ANSI/SPRI ES-1.


For an article related to this topic, see:
"Complying with ANSI/SPRI ES-1," Tech Today, July 2014 issue.