The epidemic is real

As you know, roofing work entails physical tasks and is challenging for many reasons. 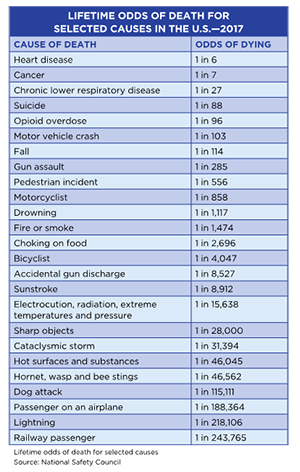 Compared with other industries, the construction industry has one of the highest injury rates, according to the Centers for Disease Control and Prevention. In many cases when injuries occur, opioids are prescribed to treat pain. As defined by the Georgia Hospital Association, opioids are substances that produce morphine-like effects. For medical purposes, they primarily are used for pain relief, including anesthesia.

According to the National Safety Council, overdosing from drug use now has become the No. 1 cause of unintentional death in the U.S. Nearly 38,000 people in the U.S. die annually from overdoses, and many of them are dying from abused use of prescribed opioids. As the CDC estimates there are 100 deaths per day as a result of opioid drugs, it's no wonder why the National Safety Council now ranks death from opioid overdose higher than deaths from motor vehicle crashes.

How did we get here?

In 1994, Purdue Pharma LP, Stamford, Conn., began testing a new painkiller called OxyContin.® By 1996, OxyContin was being prescribed by doctors to treat a wide variety of pain issues from tooth extraction to recovering from major surgery. OxyContin quickly became the choice drug for pain relief by physicians.

A study conducted by the National Institute on Drug Abuse showed that during 1995 to 1996, the number of opioid prescriptions, such as OxyContin, increased by 8 million. Unfortunately, the addictive qualities of the products didn't become known until years later. By then, the damage had been done as many people already were reliant on the drug. According to the CDC, one out of four people prescribed opioids for long-term pain becomes addicted.

In 2010, OxyContin manufacturers developed a new version of the drug that made it more difficult for people to crush the pills and misuse them by snorting or injecting them. Unfortunately, by then the opioid epidemic already had a firm grasp on the U.S. workforce. A virtual black market developed on the streets, and opioids began to erupt as a drug of choice.

In 2016, the Food and Drug Administration and the CDC started taking steps to address the epidemic. According to Tom Frieden, former CDC director: "We know of no other medication routinely used for a non-fatal condition that kills patients so frequently."

On Oct. 26, 2017, the Trump administration acknowledged the opioid crisis was one of epic proportions affecting nearly every community in all 50 states. The president declared a national public health emergency and gave agencies every appropriate emergency authority to take any action necessary against the crisis.

Although the administration's declaration was a step in the right direction, it has not led to much in the way of managing the crisis. In 2019, lawsuits directed toward drug company executives have begun to emerge and have been filed in multiple states. The lawsuits claim executives knew about the risks involved with opioids but chose profit over safety. These lawsuits have been filed across the U.S., including one in Illinois (see "Illinois construction unions sue opioid industry").

With death tolls reaching catastrophic numbers, there are some things you can implement right now to combat the epidemic and its effects on your workforce.

Review your policies to be sure they help fight the opioid epidemic. For example, your insurance policies should include treatment for substance abuse. If an employee has a substance abuse-related issue, lines of coverage can be added to allow for minimum days of abuse treatment. Along with abuse treatment coverage, you can add prescription medication policies to limit the quantities of opioids doctors can prescribe at one time.

Patients also can receive or allow for alternative anti-inflammatory medications to be prescribed as a substitute for opioid-based medications. In some cases, it may be best to look at alternative methods to alleviate pain. Whether an employee already has battled substance abuse or would like to try alternative methods of treatment, there may be some options available.

Insurance policies can allow for alternative pain treatments such as physical therapy, which can be used to reduce pain associated with injuries rather than a prescribed opioid. Although pain still may occur during the healing process, alternative treatments offer ways to treat symptoms and alleviate pain over time. In many instances, chiropractic care, acupuncture or other alternative treatments can be substituted. Companies that add coverage in policies for such alternative methods allow doctors to consider the best treatment for a patient. Although alternative methods may increase the duration an employee is away from work, alternative options typically have a much lower risk for the possibility of addiction to prescription medications.

Substance-abuse prevention programs abound. You can obtain recommendations from your workers' compensation carrier or labor attorneys. However, it is important to note state-specific labor laws must be considered, especially if your organization has multistate offices. Substance-abuse prevention programs should include drug-testing procedures, awareness training and other components appropriate to the state(s) in which your business operates.

You also can adopt other specialized company programs to assist with combating the epidemic. For example, programs that offer random and scheduled drug testing also might include employee training regarding signs of abuse, often helping to deter future issues.

Another option is to offer paid sick leave for employees who may have pain-related issues or injuries. Paid sick leave allows employees to be treated at home rather than having to come to work in the middle of treatments.

This will help alleviate the financial pressures that cause an employee to return to work too soon, which might lead to an employee self-medicating. If employees who have been prescribed medications have the ability to return to work on a temporary job rotation or with light-duty/low-risk tasks, they should be allowed to work during their recovery but should be closely monitored or assisted throughout this period.

A recent NRCA member survey showed substance abuse is a major concern affecting roofing industry employers, so you should be aware of the problem and strive to combat it in your workplace.

A better-educated workforce can lead to less substance abuse and increased awareness of how to avoid opioids. Educating our workforce and their families just may be the solution to end the national crisis.

Rich Trewyn is an NRCA director of enterprise risk management.

The Chicago Regional Council of Carpenters and the International Union of Operating Engineers Local 150 have teamed up as the first unions in Illinois to sue the manufacturers, distributors and prescribers of opioid painkillers, according to abc7chicago.com.

Although construction has been booming in downtown Chicago, such jobs can take a physical toll.

"Any time you are up in the air, whether it's a high-rise building or lifting big materials, there is always a chance for injury," says Gary Perinar, head of the Chicago Regional Council of Carpenters.

The Centers for Disease Control reports construction workers have the highest rate of opioid-related overdoses compared with all other U.S. occupations. The Chicago Regional Council of Carpenters lost two of its members during the past couple of months, and Perinar says the problems are also costing their union health fund millions of dollars as carpenters increasingly struggle with opioid addictions.

"The suit accuses the drug companies of fraud, unjust enrichment and conspiracy for the way they falsified research and misled people into believing their opioids were not addictive," says Ari Scharg, attorney with Edelson PC, Chicago.

Union attorneys say they are not looking for a settlement and would rather have the case go to trial to force companies to release information about their drugs.