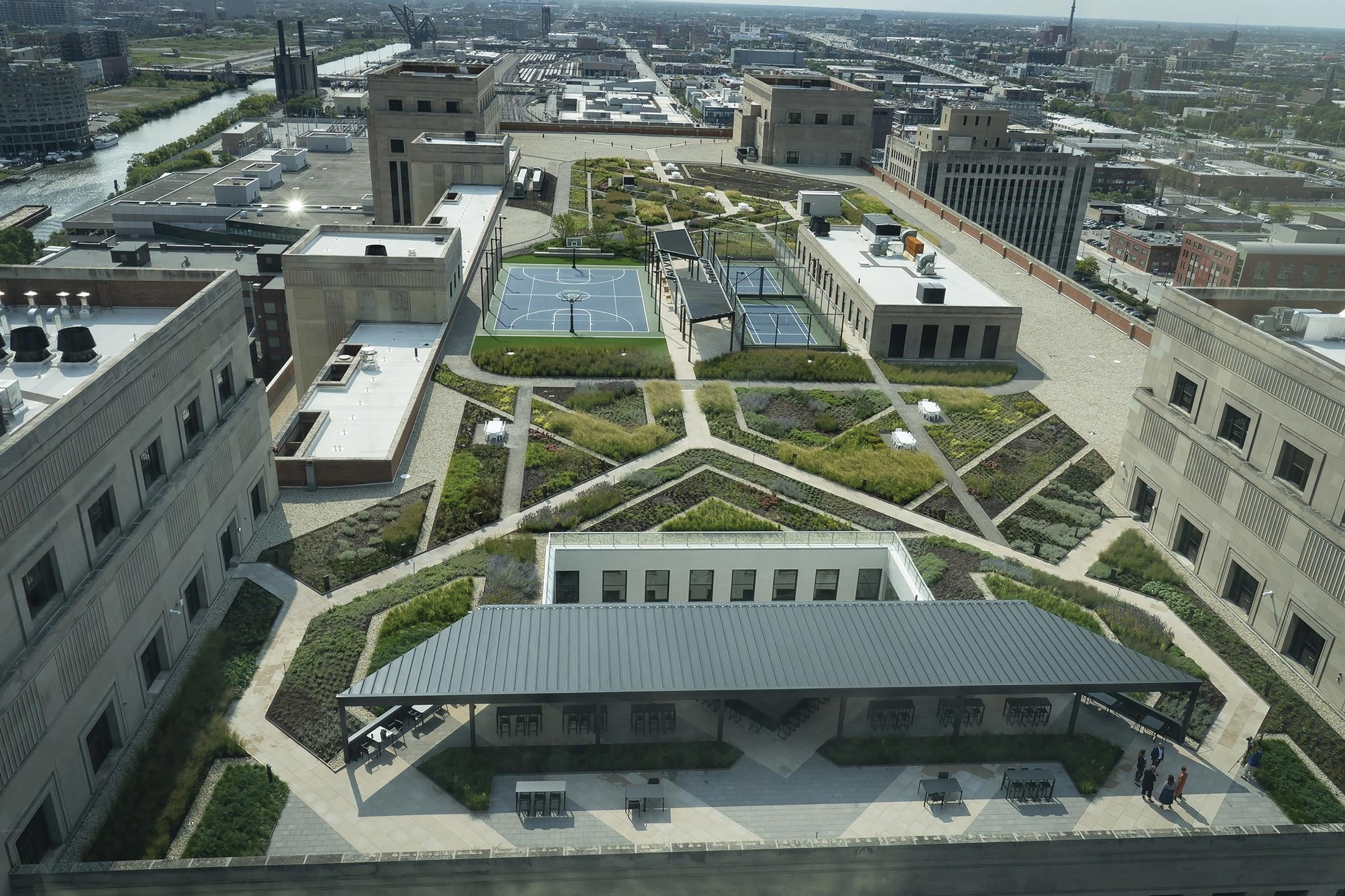 After being vacant for 20 years, The Old Post Office in Chicago is being transformed into a state-of-the-art office building. In September, the 2.5 million-square-foot facility opened the nation’s largest private rooftop deck to provide 3 1/2 acres of outdoor space for tenants in the riverfront building.

The rooftop deck cost $19 million to build and includes a quarter-mile walking and running track; three-season heated bar and pavilion; basketball court; heated paddle tennis courts for wintertime play; and landscaping that includes 40,000 plants and trees in 48 varieties. Three bee colonies are expected to produce about 300 pounds of honey per year, part of which will be donated to the Greater Chicago Food Depository.™

Opening the rooftop deck is one move closer to completing the $800 million redevelopment project.