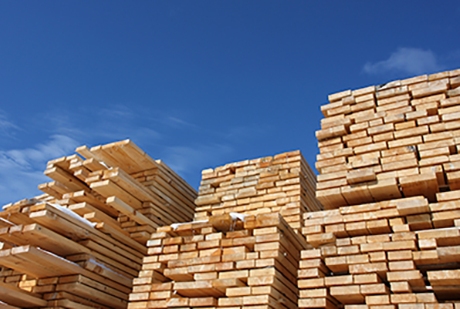 There is a lumber shortage in the U.S., and it’s forcing contractors to make tough decisions regarding what jobs they can complete.

The problem started when the spread of COVID-19 forced a stop to lumber production and froze supply. At the same time, many nonessential businesses in all sectors across the U.S. were shut down, including lumber mills. And shipments from Canadian mills have been held up because of closing the U.S.-Canada border, also a COVID-19-driven issue.

Similar to the toilet paper shortage a few months ago, the lack of pressure-treated lumber isn’t isolated to one region. According to a July 27 article in Erie Times-News, lumber mills are about four to six weeks behind in shipments while demand has increased. Compounding the issue, people working from home are committing to more home remodeling projects such as new decks and fences.

The lumber demand also is driving price increases. Karl Glessner of Stonycreek Builders in Somerset County, Pa., told Erie Times-News his company has been turning away three-quarters of business.

“It’s costing our wholesalers, and us, a lot of sales opportunity because we don’t have the material to sell,” he said.

According to Doug Brown, an employee at Hobbes Lumber and Hardware Inc., Edinboro, Pa., suppliers don’t know when supply levels will return to normal. He told Erie Times-News he expects the issue to continue through summer.

“Most of our suppliers are telling us after Labor Day,” he said.