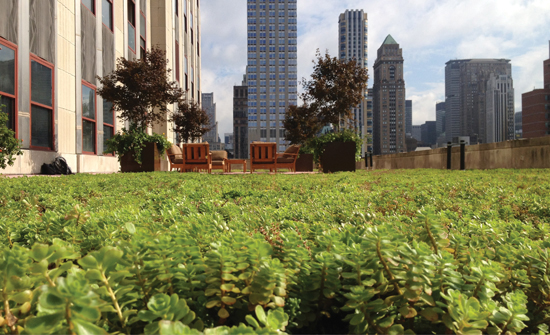 Constructed in 1929, the 102-story Empire State Building in New York City is the fourth-tallest completed skyscraper in the U.S.